Where Every Adventure Is A Curious Adventure

I first read about this hybrid a few months ago when this creation was taking NYC by storm and it instantly shot up to my number one must-try food list.  The soft serve looked creamy and fresh, while the fish-shaped cone (taiyaki) looked crispy and golden.  My eyes were feasting on the pictures that were getting posted everywhere on social media. I mean just look at it….

Quick food background: Taiyaki is a Japanese fish-shaped cake that is traditionally filled with sweet azuki red bean paste that is served at street fairs and festivals.  It has quickly spread across various parts of Asia like Taiwan and Korea, where each country has tweaked it a little bit.  For example, in Taiwan, besides red bean paste, other flavor choices include Nutella, cheese, and cream.

Being based in Los Angeles, it would be crazy for me to just fly to NYC to get my hands on this.  I had initially planned on going there for Thanksgiving, but plans fell through.  Then…while scrolling through Instagram, I saw a post about this delicious treat, here in LA!

I literally jumped out of my seat and got cracking to research where this dessert place was.  Turns out, SomiSomi was a very new dessert place that opened in Koreatown.  I knew I had to try it so after dinner that night, I immediately went.

Apparently, I was not the only one who heard about this place considering the line I was faced with.

I patiently waited in the line, and while I waited, more and more people came. It did not help the line moved quite slow too. 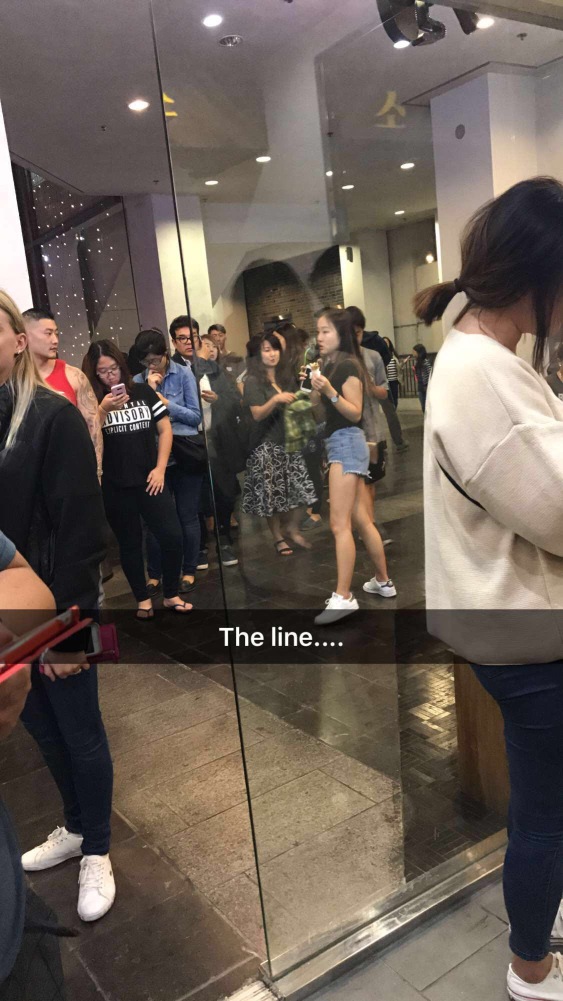 Because the owner of this place is Korean, instead of calling it taiyaki, the Koreans call it Ah-Boong.  The menu itself is simple.  Choose the flavor of ice cream, filling, and toppings for $5.95.  You can also get the ice cream in a cup for $3.75.

I ordered a milk and green tea swirl with red bean filling; a classic combination in the Japanese culture.  While waiting, I was able to observe them making the fish cones. 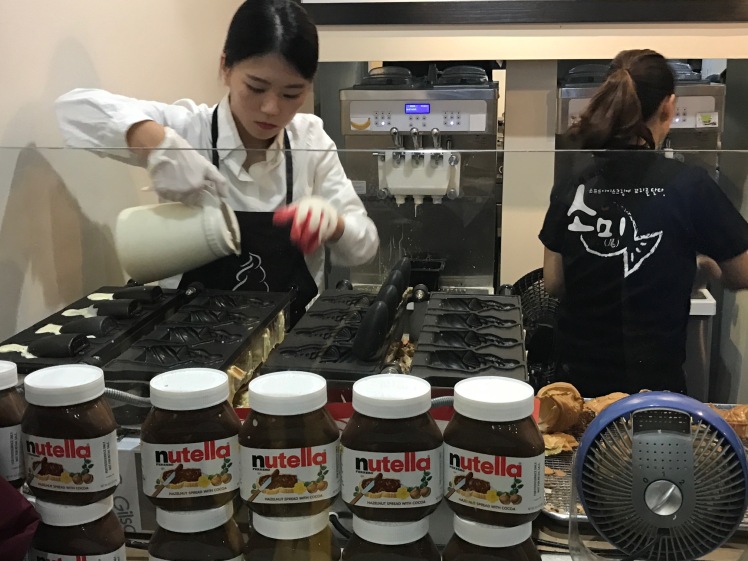 They pour the mix onto both sides of the mold and then clasp it together.  The mold has a center piece that allows the cone to have a hole.  After it is finished, they take the fish cone out and let it cool on the rack with the fans (bottom right).

When they finally called my order after 15 minutes or so, I eagerly went up and selected  my toppings (toppings are included).  They had fresh strawberries, mochi, and sprinkles for example.  I topped my treat with strawberries and mochi, which they skewered together. 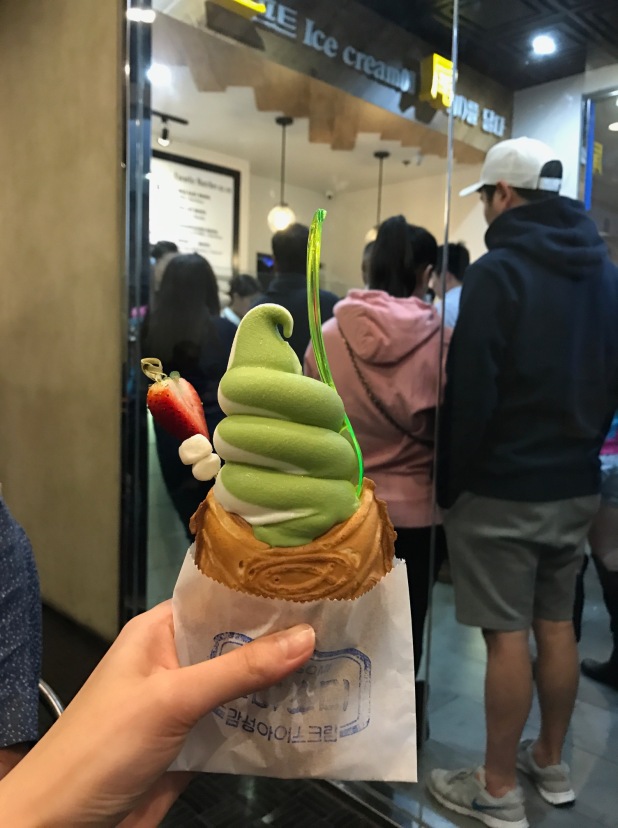 I started eating the ice cream first, but I quickly realized it was melting…fast.  Though they let the fish cone cool off the rack, it was still warm enough that made the ice cream all drippy.  Luckily, I was sitting down and eating this.  I saw people eating this standing up and doing some funny poses to deal with the melting situation.  It was a hot mess.

Taste and texture wise, it was only ok.  Neither the matcha nor the milk taste was noticeable, while the cone could be thicker.  Since the cone was on the thin side, I would have preferred it to be crispy as well, but that was not the case.  The cone simply tasted bland.

It was definitely not worth the hype.  I rather eat the patbingsoo place, Sul and Beans, next door than this. But hey, do not let this post discourage you to try this place.  See for yourself and let me know in the comments below!